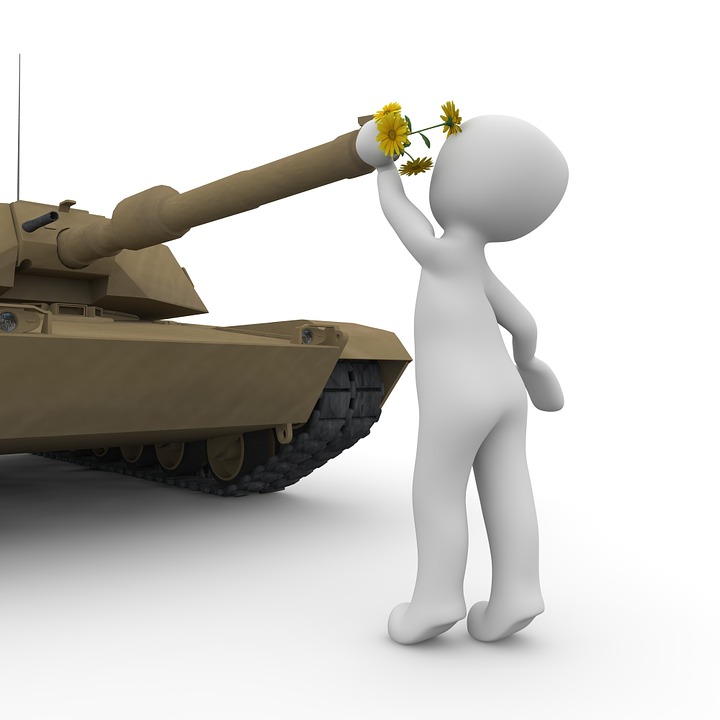 Regarding war and peace—the seeds of each are planted in the other.

Although it is logical that the antecedents of both war and peace should occur during the periods that precede each state, what is not so intuitive is why the forces that cause each state find such fertile ground to grow in during periods when they should theoretically find the least amount of traction. The typical progression in a society following a war (that does not result in the destruction of the society itself) is: war weariness, rebuilding, reflection, reconciliation (sometimes), prosperity, amnesia, complacency, indolence, corruption, collapse, and then war (either because the society is viewed as weak by its adversaries and falls prey to attack, or because the society seeks conflict, in order to re-establish unity and re-find its purpose). Wars can be waged over days or decades, but whether one side ultimately wins, loses, or draws, a yearning for an end to the conflict begins to develop (at least among those most intimately involved in the actual fighting) not long after the conflict starts. Belligerents then begin to look for a way out, whether it be through victory, capitulation, or mutual accommodation (read: diplomatic resolution). This will happen regardless of whether the cause(s) of either side (or both sides) is/are to some extent just, and the conflict is itself inevitable and necessary.

The true meaning of this aphorism is not to place a value on war or peace, or to judge the necessity of either. It is meant to be a reminder to any society that the conditions for the alternate state to the state they presently are in are developing now—when such conditions are least recognized. With such information, a society can act to shorten periods of conflict and lengthen periods of peace. During the darkest days of war, such an acknowledgement maintains hope and encourages efforts to find resolution. During the idyllic days of peace, this realization encourages vigilance against the complacency and decay that can set the stage for future conflict.